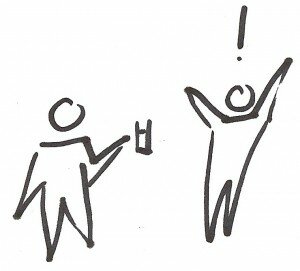 In our first episode John Lee Dumas gave our listeners a ton of great advice about how to work with a mentor and how to lead with value. John has put all of this advice to incredible impact, listening to his audience, and producing services and content to meet their needs. What’s more, he’s been fully transparent about the process and how much money he’s made doing it.

John’s podcast and its offshoot businesses leverage his listener base to create revenue and profit. John tells us that his listeners were asking him “how to create products and services.”

His answer is simple: “Listen to your audience and [they] will tell you the services and products they need.”

John cites his recently launched Mastermind group, Fire Nation Elite, which is a closed Mastermind group with 100 members. The mastermind group generates $13,500 each month. It’s a major revenue source for EOF with expenses under $5K month. He started it because listeners were telling them wanted to interact with other elite entrepreneurs. So he opened the group and capped it at 100 members — and sold out in less than a week!

In another example of listening to his audience, John tells about how people were seeing the EOF success and asking how to create their own podcast. They’d ask him, “How do I rank better? What are the tech specifics?” So John started Podcasters’ Paradise, a community where you can create, grow and monetize your podcast as a member. Providing tips, tools and tactics for podcasters in a tight community has grossed more than $115K since October 2013. It’s already a 6-figure product and more people are joining every day.

Key take-away: “Listen to the pains of the listeners and followers and then create something to solve it for them.” The same can be said for lean startup founders creating an MVP. Don’t overbuild and listen to the users who will ultimately spend the money you need to stay in business and profit. They might have the same needs and wants as you, but they also might now. Be attentive and listen carefully. Most of all engage!